In July of 2009, Rockdale County, GA contacted Epoxytec for help in dealing with water infiltration in their aging manhole infrastructure. Rockdale County is situated just South of Atlanta, GA. Epoxytec recommended the use of our 100% solid, cold trowelable epoxy – Epoxytec CPP.

Epoxytec mobilized a team to Rockdale County in order to train their in-house crews. This was done to ensure that they fully understood Epoxytec CPP and how to best utilize it. The CPP will be effective for stopping future infiltration, and also adding long term protection against Hydrogen Sulfide (H2S) and other corrosive by-products.

As is customary with Epoxytec’s thorough training procedure, the first part of the training session was held at the maintenance yard before heading out to the field.

After the initial training and product orientation, Epoxytec followed the crew out to the field to begin work on a troublesome manhole which had displayed some water infiltration. 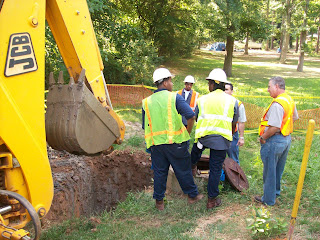 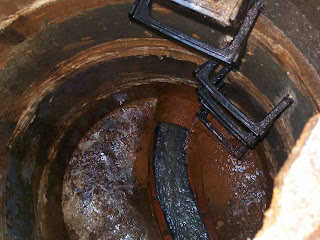 The leak is visible right above the channel.

After all the active leaks had been stopped, the surface was prepped using high pressure water blasting. As long as the concrete is sound, Epoxytec typically recommends a minimum of 5,000psi water blasting for application of Epoxytec CPP. 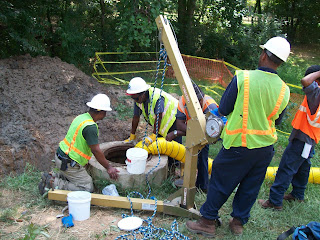 The necessary confined space safety gear was put in place and the application was started. 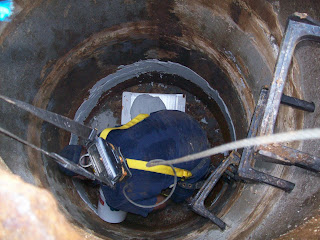 The Rockdale crew did a great job on their first application of Epoxytec CPP. Their professionalism and work ethic was impressive. This is a true testament to the high calibre supervision and leadership of these crews. 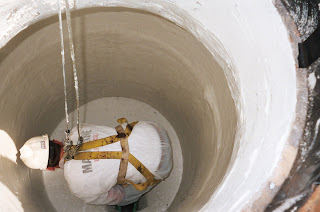