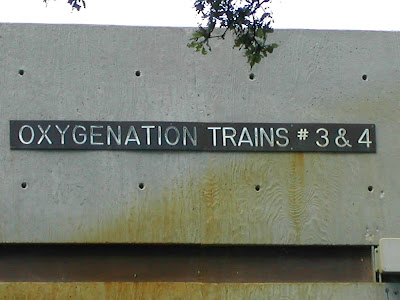 Epoxytec has supplied material and consultation to Miami-Dade Water & Sewer maintenance crews in order to perform “in-house” rehabilitation and protection of critical infrastructure. Doing this in-house, with Epoxytec’s DIY Program saved the County considerable funds while at the same time allowing them the opportunity to select premium products and control the quality and pace of the project at their own convenience. Applying materials in-house also provides the crew a deeper understanding of exactly what was installed and how to maintain it for the long-haul.

Please note: 16 of the 18 Miami-Dade O2 Trains have been rehabilitated and/or protected with Epoxytec products; however the pictures in this report showcase UNOX trains #3 & #4 at Miami-Dade’s North District Wastewater Treatment Plant. 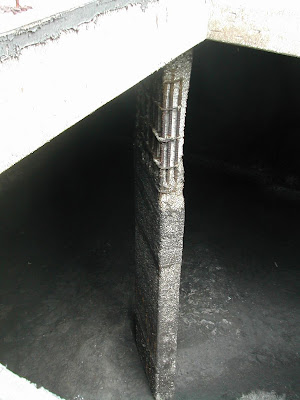 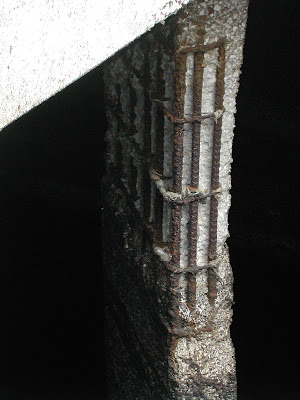 Upon opening the hatch (agitator plates), considerable corrosion was observed and photographed. The worst corrosion appeared above the water line, where ultra-high hydrogen sulfide (H2S) was emitting sulfuric acid. The concentration of hydrogen sulfide is in a continuous state of progression considering these tanks are closed, with constant heat, oxygen is purposefully injected to activate sludge, then agitated. This creates the necessary microbial growth needed to breakdown solids, however, consequently also provides the perfect formula for breeding highly corrosive H2S.

In the picture above, you can witness the aggressive corrosive nature of H2S combined with the erosive forces of the agitators. These critical columns are missing a few inches of concrete and hence the rebar is totally exposed. 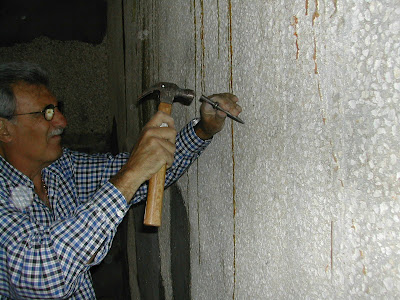 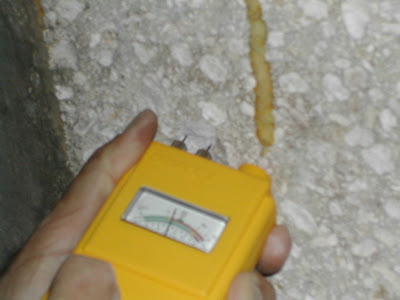 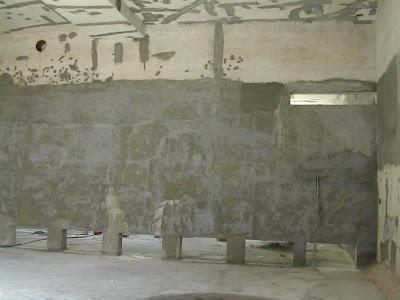 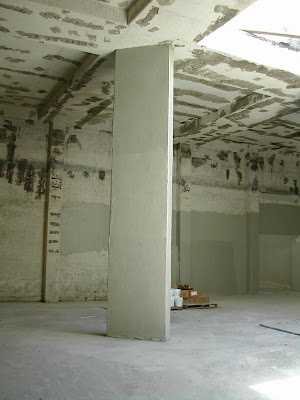 Epoxytec CPP (concrete polymer paste) was utilized for patching and filling areas less than 1/4 inch because of its thin application properties or for rebuilding critical areas due to its impermeable sealing properties, corrosion resistance, adhesion and 16,000 psi compressive strength.

The picture above highlights Epoxytec CPP for thin patching on the concrete walls and for ultra-high performance rebuilding of the critical columns. 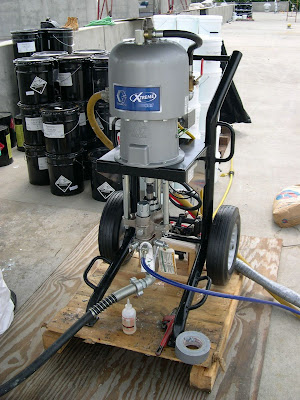 Although the Epoxytec Uroflex coating system can be brushed or rolled. For this project, Miami-Dade Water & Sewer selected to airless spray the Uroflex coating.

Uroflex has been utilized on an estimated 2,000,000 square feet at Miami-Dade Water and Sewer, most of which has been applied in-house because of its ease of application (brush, roll, or spray), simplicity, “green” 100% solid (no VOCs) safety factor, and forgiveness. 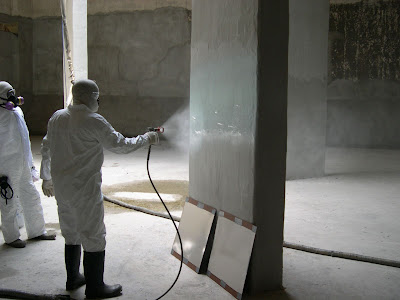 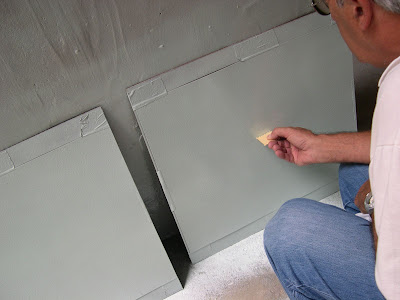 Epoxytec checks the first few spray passes of the first coat of Uroflex (in seafoam green) for spray pattern and mileage thickness. After which, the first coat is applied throughout the entire UNOX train’s concrete surfaces (walls and ceilings). 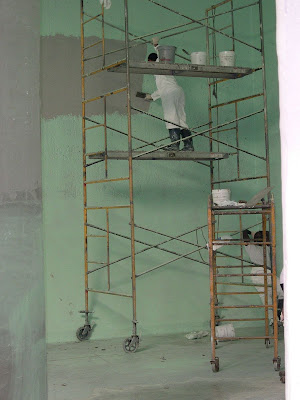 Selecting a light color of Epoxytec Uroflex for the first coat is beneficial for a few reasons. A light color lightens up the area and improves visibility (reducing the need for many lamps/lights). It also provides a good contrasting background for a darker second coat, thus allowing the applicator to be certain he or she is definitely covering the first coat.

In addition, using a lighter color gives the application crew an opportunity to visibly identify any unforeseen bugholes or repairs that went unnoticed. The nice thing about Uroflex is that subsequent patching or fillingwork can also be done in between coats; the recoat window is indefinite and using Epoxytec CPP to patch in between coats of Uroflex works well if something comes up during coating. Many other systems do not offer this incredible feature.

In the picture above, CPP is being applied thin to take care of an area that needed just a bit more resurfacing work because the exposed aggregate was still a bit too spalled. After quickly smoothing out this area in between coats of Uroflex, the 2nd coat was immediately started.

Again, this advantage cannot be overstated, having the ability to further detail any repairs in between coats is a huge advantage; whereas, many other systems are too committed, and once they are applied, many loose their recoat window fast or simply just do not have the properties to allow for in-between filling or patching. In fact, with Uroflex, some applicators simply skip bughole filling, intentionally let bugholes appear as they apply the first coat, and then patch in between coats. This way an applicator does not have to guess what may get covered by the coating, rather, whatever the coating does not cover, simply fill the bugholes in later after the first coat, then continue forward with the second. This can in deed save time, money and guessing work – offering an unique option to certain logistics during application. 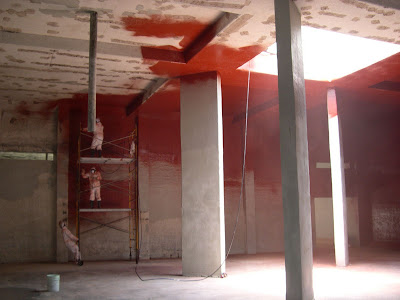 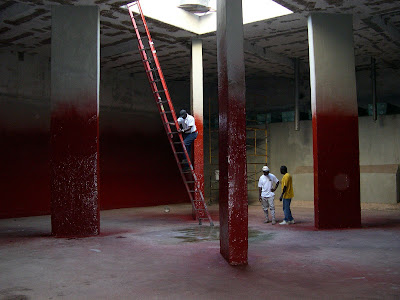 The final coat of Uroflex is then applied.

Note: the pictures above highlights the red Uroflex coating being applied in one single coat.

Some structures at Miami-Dade have been applied with two coats of Epoxytec Uroflex typically at 25 mils per coat. In other cases, especially when spraying, Miami-Dade has applied 1 coat at 30 – 40 mils. Epoxytec recommends its Uroflex performance for sewer to be suitable at 30 mils minimum, the only other reason to increase thickness is typically for profile coverage, thus going thicker to cover stubborn aggregate exposed concrete profiles. 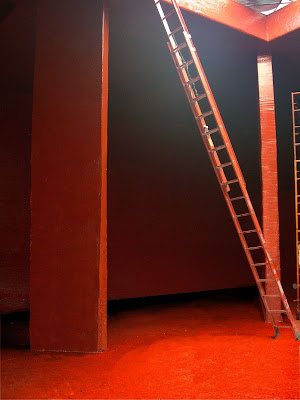 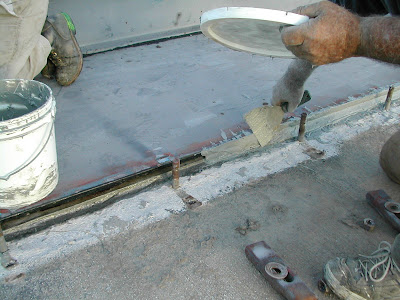 Once the interior tank surfaces are completed (rehabilitated and protected) the agitator plates are reset and sealed (along with concrete joints) with Epoxytec Uroseal 45V (100% urethane) in order to resist chemical attack to the joints and also to disallow oxygen from escaping.